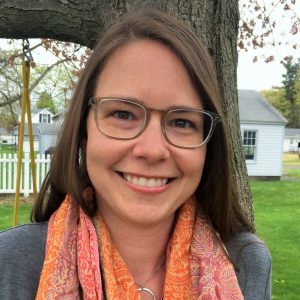 Hi! I'm Erin. I organize information and create and manage systems so that data are accessible, meaningful, and visually appealing. I love making maps, too.

Mapping swimming pool ownership in the U.S.
Mapping Afterschool in Vermont with Tableau and Mapbox

Where are the swimming pools owners in the United States? I got the idea to look at this data while walking around my suburban neighborhood where I used to live in central New Jersey. There seemed to be relatively fewer backyard swimming pools than in my parents' suburban neighborhood in the northern part of the state. So I started thinking about possible factors other than climate, wealth, and large backyards that might drive people to purchase swimming pools. Maybe people who live in places with a lot of lakes or community pools don't purchase their own pools as much as they would if they lived in areas without these local amenities. Really, I just wanted to map something that I hadn't ever seen mapped before.

I acquired the pool ownership data from Data Masters, which is a company that provides data for marketers. A list of every county in the US along with the number of pool owners in each was freely available for download as a PDF on their website. The data represented over 7.8 million single family homes with swimming pools in the US. Pools that belonged to other entities, such as hotels, gyms, or apartment complexes were not represented in the data.

Obviously there are more pool owners in Florida than there are in Wyoming; that's not only because it is a lot warmer in Florida, but also because there are more people living there. In order to control for population in the visualization, I obtained estimated county-level population data for 2014 based on 2010 US census data (source). I put everything into Excel and calculated the number of pool owners per 1000 people for each county.

There are over 3000 counties in the US, so naturally this map contains a lot of information. I like the level of detail because patterns are visible on the whole-country level as well as on the state and county levels. Bear in mind that the counties are shaded by their rates of pool ownership (per 1000 people) rather than absolute pool ownership. That's why places with really high populations don't necessarily have correspondingly dark shading.

You can pan or zoom around the map to reveal parts that are covered up by the legend. Hover over individual counties to see the data points. You can also click the icon below the zoom buttons to view the map full-screen. My thoughts and observations are below it.

This was a fun map to make. I realized that in order to have done a thorough analysis of all the variables that influence pool ownership among single-family homeowners, I would have needed to perform a much deeper analysis with more than just two data sets. The resulting map mainly sparks curiosity and presents more questions (Why does X county in such a warm place have so few pool owners? Why is there that small area with a high concentration of pool owners in a state that is relatively lacking in pool owners?)

Hi! I'm Erin. I organize information and create and manage systems so that data are accessible, meaningful, and visually appealing. I love making maps, too.

Mapping swimming pool ownership in the U.S.
Mapping Afterschool in Vermont with Tableau and Mapbox